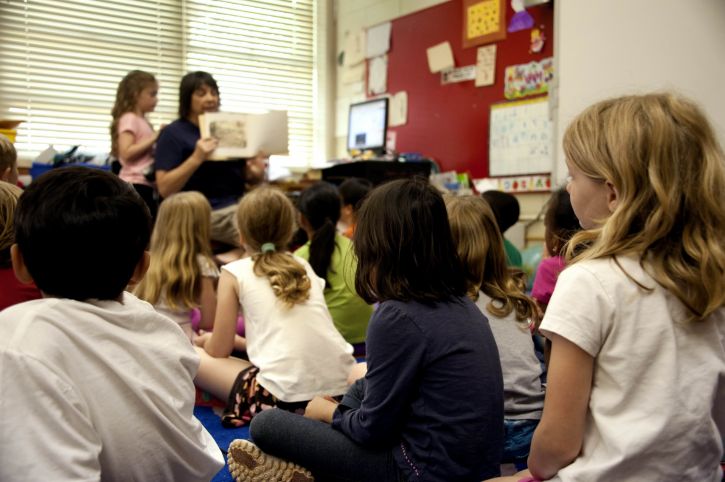 Once again, we had an informative debate in class this past Monday, with teams agree and disagree each giving very strong points to support their positions on the topic of whether or not openness and sharing in schools is unfair to kids. Like many of my classmates, I have especially mixed feelings on this topic. While I have several concerns, a few of which I outline below, the fact is that it’s a done deal: we live in a digitized world…. we cannot go back to the way things were before the internet spread into just about every aspect of our lives, including our school lives. 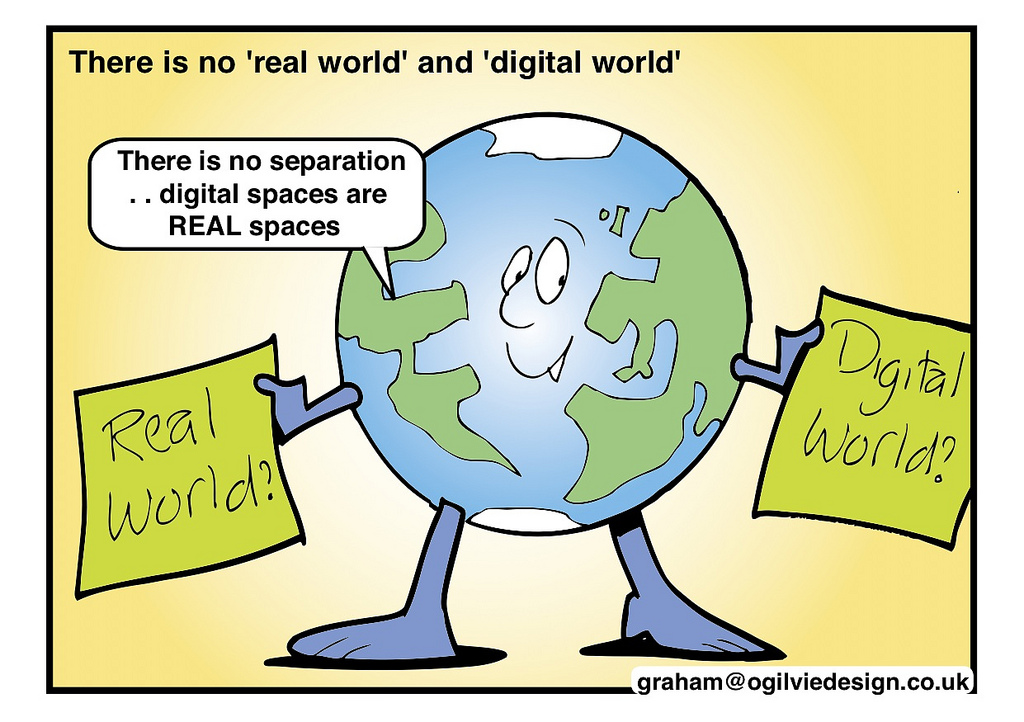 If kids don’t have their images shared via their teachers, they will more than likely will at some point develop a digital footprint via their parents, friends, and their own online activities.  The Telegraph cites one UK survey that shows that “the average parent will have posted 1,498 pictures of their children on social media by the time the child turns five.” Not only that, but “[t]he survey found that 85 per cent of parents had not reviewed their Facebook privacy settings in more than a year, and 79 per cent wrongly believed strangers could not see pictures of their children.” There is lots to be concerned about, given the stats posted in Dangers of Posting Pictures Online: Is Your Child at Risk? :

And, if it isn’t parents posting to their Facebook pages, it’s corporate and government databases collecting information on them via online and even school services that they are not given the choice to use.  As Bill Fitzgerald points out in his blog,

Right now, there is a very good possibility that at least some of the candidates for the 2056 presidential election are in elementary or middle school. To meet federal accountability requirements, their schools collect detailed information about their behavior and performance. This information – tied to a unique identifier – gets stored in a state database that records detailed information about learners. All states collect this information for K12 education; 41 track information from preK through college. Many of these state level datastores are managed, supported, and accessed by external vendors like – for example – Pearson, eScholar, and Infinite Campus.

And here in Canada, it seems like schools are also getting more and more connected, with “offerings” such as Google Classroom as described in this episode of Spark on CBC Radio becoming more widely used. It seems that as time goes by, we will have fewer ways to remain disconnected, and our digital footprint will be not only become larger, but also less under our own control.

So, “openness and sharing” via classroom photos and activities is just one small piece of the puzzle. And while many have pointed out that school can and should be a place where kids learn the ins and outs of mediating this digital life of theirs, what of the irony that in some cases, school systems themselves are collecting and using data on individual students?

Security issues (such as identity theft, pedophilia, and even kidnapping) aside, what I wonder most about are the social consequences of all of our online sharing.

As Ether points out in her blog post, Should Educators Be Sharing So Much Online, digital sharing tools like Seesaw are “a fantastic way to document learning and highlight great student work and achievement to show parents. The difference with this new technology [from the time of scrapbooking] is that parents can give feedback and comments right away, instead of waiting until report card time.” This immediacy is a part of so much of our lives these days. I guess I sound pretty ancient when I say that the world seems to be speeding up these days. Would anyone disagree, though?  I’m not saying I believe this is a flat-out negative trend, but it is certainly a trend.

Connected to the the more immediate, faster-paced world digital tech offers us is the potential for what I’ll call hyper-awareness. In our discussion during class last week, we talked about the issue of helicopter parenting and how teacher posts give parents the opportunity to know so much more about what goes on inside the classroom than was available to know before.  I know my 8 year-old gives me the the standard reply of “good” when I ask him how his day was, and I’ve long given up asking him to tell me more than that about it. More information usually comes out during dinner conversation, when he’s in the talking mood and volunteers a few details.  While I ask follow-up questions to show an interest (which I do have, of course), I also understand that he has the right to keep his school self and his home self as separate as he wants to.  I know that he’s likely quite a different little boy in his Grade 2 classroom from the one I see at home, and having those different personas is an important part of growing up, isn’t it?  Frankly, while I love to see the photos that his teacher posts to their Facebook page, and he loves to share them with me, I sometimes feel just so slightly like a bit of an intruder when I catch myself asking many questions about them.

The last unknown about our digitization of our lives, including our school lives, that I’ll point out here is the effect of all the attention that everyone now gets.  I smiled when our prof recalled how it used to be that having a photo of yourself published in a newsletter was a really big deal. It’s kind of a “wow” to me to think that that phenomenon is largely dead. Now, with so much sharing going on, every kid can get the kind of attention which used to be reserved for special achievements in the past. Is it the case that we are making every kid feel special, or is it that having photos of yourself posted is such a everyday thing now that kids have to find other ways to get that extra attention? I’m not sure, but in either case, this is just a notable change. I also note that much as been said about our online habits and their narcissistic tendencies. Articles such as Me! Me! Me! Are we Living Through a Narcissism Epidemic? suggest that we are seeing “not [a rise in cases of] the disorder but the rise in narcissistic traits.” I’m not saying I’m convinced that there is as direct and dire a correlation between our postings and narcissistic behaviour, but I find it an interesting issue to ponder.

So, above are a few of the thoughts I’ve had on this topic, and in the end I’ll return to my first point – that our lives are inextricably connected to the digital world now, and sometimes in ways that we are not even aware of. This just means that – you got it – media literacy and awareness of the concerns/risks that are out there is all the more important.

Thanks for reading, and for sharing! 😉

View all posts by amysnidersmedblog

One thought on “The bigger “picture” of school sharing”